A parliament of substantial reform

There have been significant pension reforms over this parliament including: reforms to state pensions; workplace pensions; the tax treatment of pension saving and the rules around annuitisation of pension pots; and pensions for public sector workers.

The value of the basic state pension each year is now increased by the greater of earnings growth, inflation (as measured by the CPI) or 2.5%, rather than by earnings growth as the last government had planned. If maintained, the future level of the state pension will depend on not just growth in average earnings and average prices but also on how volatile, and how correlated, these have been. While a coherent case could be made for increasing pensions either in line with prices or in line with earnings, the triple-lock policy, which uses the greater of the two, cannot be sensible indefinitely.

From April 2016 the basic state pension and the state second pension (S2P) will be replaced by a new single-tier pension for everyone below the state pension age (SPA). Rather than higher earners accruing greater state pension rights than lower earners, accrual towards this pension will be flat rate. Those qualifying for the full award will receive a state pension worth about £150 a week.

In the longer term the new system will be cheaper for the taxpayer than the one it replaces but this, of course, means that individuals’ state pension incomes will be lower on average than they would have been. The chosen level of accrual means it will be less generous to almost everyone born in 1986 or later, and for many of those born as early as 1966. Particularly worse off are those who contribute for longer, whether through paid employment, caring or receiving disability-related benefits (since additional S2P could be accrued for all years between age 16 and the SPA, whereas the new single-tier pension accrues over a thirty year period). The only significant exceptions will be the long-term self-employed and people who will newly receive state pension credits under universal credit: these groups will receive a higher state pension under the new system than they would have under the old rules.

Increases in the state pension age

Planned increases in the SPA of men and women have been brought forward and a process has been put in place to consider further increases in future. This is sensible: increasing the SPA of working age individuals is a coherent response to the public finance challenge arising from increases in the expected longevity of this group.

Legislation passed by the last government, and revised slightly by this government, has introduced automatic enrolment into employer-provided pensions. Employees aged between 22 and the SPA who earn over £10,000 (in 2014–15 and 2015–16) and who are not already in an employer-sponsored pension scheme are to be enrolled automatically into one. Individuals can subsequently choose to opt out if they wish – remaining in the scheme is not compulsory. Automatic enrolment started in October 2012 for the largest employers and is gradually being rolled out so that by April 2015 it will apply to all employers with more than 50 employees. The government plans to roll out the scheme to smaller employers during the next parliament.

The intention of the reform is to boost pension coverage both by exploiting inertia in saving decisions and, for those who are able to receive an employer pension contribution for the first time, increasing the financial incentive to save in a pension. The reform is very likely to boost pension membership but assessing whether it increases overall saving will be tricky. Some of those who get automatically enrolled into a pension could end up saving less in a pension than they otherwise would have done, some households might save more in a pension but less elsewhere: simply observing the change in contributions to pension schemes will not be sufficient to know the effect of the policy on overall saving. It will also be hard to determine whether and how much higher employer pension contributions lead to lower wages, higher prices and/or lower profits for firms; all of these could also affect household saving.

A good starting place for the taxation of private pensions would be a system in which contributions to private pensions are free of tax, no tax is levied on any returns, but tax is paid on all pension income when it is received. Such a system would be not distort individual decisions over whether to spend or save and would tax income when it was enjoyed rather than when it happened to accrue. The current UK tax system is overly generous compared with this benchmark system, for two main reasons. First, up to one-quarter of a private pension can be taken as a lump sum entirely free of income tax. Second, roughly three-quarters of pension contributions – those made by employers – escape National Insurance contributions (NICs) entirely.

The government has been making the system less generous during this parliament, by reducing both the maximum amount that can be contributed tax-free to a pension each year, and the total amount that can be accumulated tax-free in a pension over a lifetime. The annual allowance is now £40,000 (down from £255,000 in 2010–11) and the lifetime limit is now £1.25 million (down from £1.8 million in 2010–11). The Treasury estimates that these reductions – despite affecting relatively few individuals – will raise around £5 billion in 2015–16.

There remains no commitment to index these limits in future even with inflation. While few people are affected in the short run not increasing them , over the longer term these changes will fundamentally, and adversely, affect the tax treatment of pensions risking complexity, unfairness and reduced saving.

Better ways to boost revenues (discussed in more detail in Chapter 10 of the 2014 IFS Green Budget) would be to tackle the two elements of the system that do look generous relative to a reasonable benchmark: the tax free lump sum and the absence of NICs on employer contributions.

From April 2015 those with a defined contribution (DC) pension will be free to choose how much to withdraw from their accumulated pension fund each year from the point they reach age 55. Those who found the requirement to annuitise particularly unattractive are likely to benefit. The long term effects of this policy are difficult to determine. As we described in more detail in our Budget 2014 analysis this greater freedom could push up annuity prices. It could lead some individuals to spend their funds too quickly or manage them too cautiously.

The government is forecast to spend £38.8 billion in 2015–16 on pension payments to former public sector employees, “offset” by £28.4 billion of contributions paid by current employees, giving a net spend of £10.4 billion. This net spend has been rising fast over this parliament.

Three recent reforms have significantly reduced the generosity of the pension schemes offered to public sector workers. First, the last Labour government increased the age at which most new entrants can receive an unreduced pension (the normal pension age, NPA) from 60 to 65: those affected lose significantly as they have to pay in for more years to get the same pension for five fewer years. Second, in response to the review carried out by Lord Hutton, many existing members who still had an NPA of 60 but who will reach age 60 after 2025 will see their NPA (for future accruals) increased to age 65. Third, the coalition government has changed the measure of inflation used to uprate pensions; this reduced the value of all public-service pensions (including those already being received). Finally, the coalition has also increased most members’ contributions.

These changes will mean that, over the next fifty years, spending on public service pensions, as a share of national income, will fall further than it would otherwise have done, and the value of the pensions to public sector workers is lower than would have been the case without these reforms. However, it also remains the case that, on average, public service pensions are substantially more generous than those received by private sector employees.

Analysis of how the state pension system redistributes between high and low lifetime earners: From me to you

Analysis of how financially prepared for retirement the 1940s cohort were

Discussion of the implications of automatic enrolment

Presentation on the abolition of annuitisation 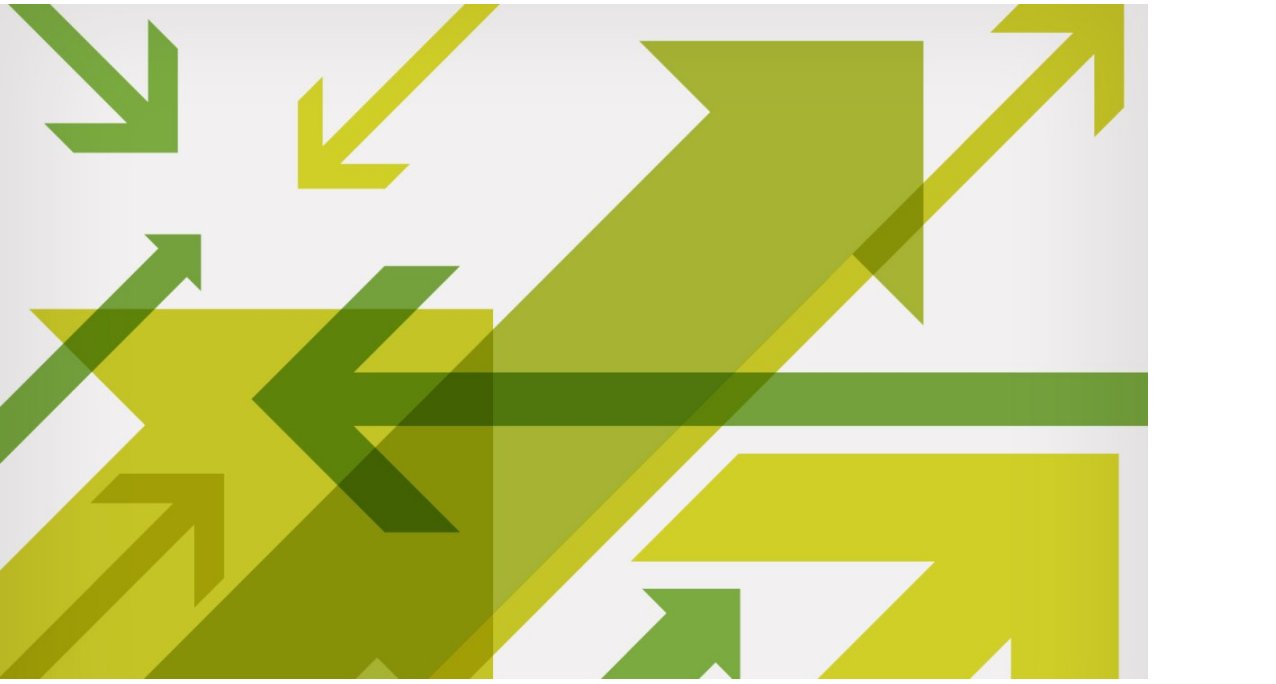 In his last Budget before the election, George Osborne announced a further liberalisation for those who have saved in defined contribution pensions. From April 2016, those who have purchased annuities will be able to sell them without facing the tax charges that currently apply. But who stands to be affected by this policy? Will they be able to make good decisions about whether or not to sell? And will there be anyone willing to buy their annuity from them? This Observation provides some initial thoughts and analysis to help assess what effect this policy might have.

In the Budget, George Osborne announced a further liberalisation for those who have saved in defined contribution pensions. From April 2016, those who have purchased annuities will be able to sell them without facing the tax charges that currently apply. Gemma Tetlow looks at what effect this policy might have.

Reforms to the NHS and the Teachers’ Pension Schemes are coming into effect tomorrow, 1 April, changing radically how pensions for members of these schemes are calculated. This Observation discusses which groups will lose most from these changes and highlights the fact that, despite these reforms, public service pensions remain much more generous on average than those available to most private sector employees.

In this briefing note, we estimated the value of employer-provided pensions and compare their value between public and private sector workers, and over time.

What is the future for the state pension?

The current government has delivered or is planning radical changes to the delivery of education, health and, through its planned 'universal credit', working-age social security. On pensions, that other great pillar of the welfare state, it has shown less short term radicalism but perhaps just as much appetite for long term change.

Budget 2014 pension reforms: increased flexibility, but for whom?

In Budget 2014, George Osborne announced significant changes to the way many will be able to access funds in defined contribution (DC) pensions. These changes will extend to a wider group the flexibilities already available to some.

This Green Budget chapter from February 2014 looked at reforms to the taxation of private pensions.

A single-tier pension: what does it really mean?

This report was written on the introduction of the single-tier pension.